If you think you are tough, try taking up bag-pipes again after been wounded through both cheeks – now that’s eye-watering tough. Men and women of the 1st World War generation were are cut from an entirely different cloth, and Bag Pipers in particular are something else,

With South Africans honouring the centenary of World War 1, we should remember this particular action and this man – as this is what honour truly is all about – and it’s why the Pipes and Drums and their traditions are such a key part of military life and remembrance.

Over 100 years ago at the Battle of Delville Wood, the hellish action for the South Africans holding the wood had finally ended, and they were played out by Black Watch bagpipes in honour of their heroism and bravery – this is the story of Pipe Major Sandy Grieve and the role he played that day.

On the 20th July 1916 the British 3rd Division’s 76th Brigade finally managed to link up with the beleaguered South African Infantry Brigade ‘Springboks’  holding Delville Wood and the first to do so were the Royal Welsh Fusiliers. Eventually leading elements of the Suffolks and the 6th Royal Berkshire Regiment reached the South African positions.

The shattered, bloodied, shell-shocked Springbok soldiers who had held the wood since the 15th July ‘at all costs’ aroused such pride in the British soldiers relieving them they formed an honour guard to lead them out the wood. 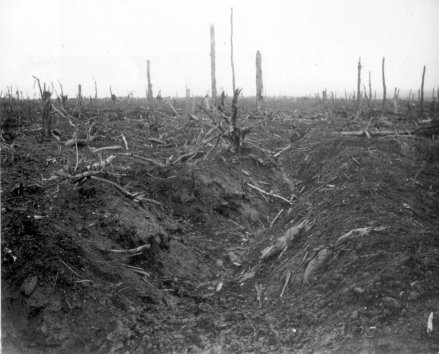 121 officers and 3 032 men of the South African Infantry Brigade had gone into the wood to hold it and a smattering of this force was left after they were subjected to volley after volley of enemy artillery attacks (400 shells per minute), and wave after wave of German attacks, the fighting so desperate that some resorted to hand to hand combat.

The tiny group of South Africa survivors were now led out of Delville Wood in honour to the shrill of the Black Watch’s bagpipes, the two wounded officers in front of the 140 remaining members of the Brigade. When General Lukin took the salute as the men filed past, he didn’t only return the salute; he removed his cap and wept.

The honour still remains in The Transvaal Scottish Regiment who had fought at Delville Wood, and you can see it to this day, since 1938, members of the Transvaal Scottish have worn the Black Watch’s ‘red hackle’ on their khaki  tam o’ shanter as a symbol of South Africa’s connection with this very famous Regiment and the honour attained.

And history also preserves a picture for us on this day,  here are the men who piped the South Africans out of Delville Wood. 8th Battalion, Black Watch being issued a rum ration, 20 July 1916, Delville Wood France.

The Black Watch Highland Brigade pipers were in fact led by Piper Sandy Grieve, and he had first met South Africans in completely different circumstances when he took part in the 2nd Anglo-Boer War (1899-1902) and had fought against the Boers as part of the Highland Brigade,  During the Battle of Magersfontein on the 11th December 1899, he would not forget the Boers in a hurry, as he was wounded through both his cheeks. Imagine going back to playing the bagpipes after that injury.

Sandy Grieve went on to honour the South Africans again, at the Drum Head service held at Delville Wood in France after the war in 1918, he played the lament of his own composition called ‘Delville Wood’

Now, Sandy Grieves’ history and connection with South Africa is a deep one. he immigrated to South Africa after the 2nd Anglo Boer War, joined the South African Armed Forces and served in both the First World War and Second World War with the Cape Town Highlanders – this is one very extraordinary man and here is a short video on him and well worth anyone’s time to meet him.

Looking at this video you cannot but only agree on two things, that the men and women of the 1st World War generation were cut from an entirely different cloth to the rest of us, and the traditions of honour forged in blood and battle should be forever preserved and never be underestimated or simply disregarded for this or that political whim in the 21st century.

When standing to remembrance on armistice day (1918-2018), remember Delville Wood, remember the ‘Piper’s Lament’ and remember just what it means when fellow soldiers of different musterings, traditions and wars honour the sacrifice of  our ‘brothers in arms’ 100 years ago. 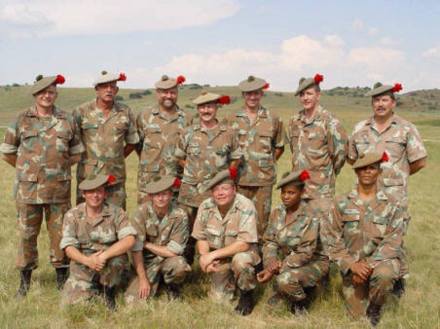 The Red Hackle of The Black Watch in South Africa. 12 Red Hackles seen on the men and women in the Transvaal Scottish at Heidelberg Shooting Range

9 thoughts on “The Black Watch and the Delville Wood Lament”