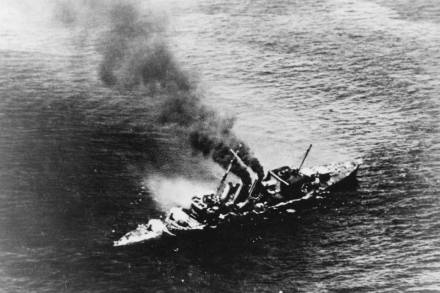 Sometimes you get a surprise that leaves you speechless. This is when you realise that your dedication to military veterans actually makes a difference.  This is a mail I received and I’ve added the original post below.

Hi Peter,
Just another story for you! This post you put up on the Legions page has some amazing history which you wouldn’t know about but I am happy to share with you to show my gratitude for these “nuggets” of info you share with us.

My wife, Tracy, was an adopted child who after 35 years found her birth parents. Wonderful people they turned out to be and we are building a relationship with them that is priceless. As things go, curiosity led us to find out about family history and Tracy’s birth Dad told us about an uncle of his that was lost during the war. He was in the SAN and went down with “some” ship somewhere. He was married at the time and his wife, on hearing the news that her husband was lost at sea (MIA) never gave up on the hope of his return to Durban because he was never seen and not confirmed deceased. Because of this, she never remarried and passed away many years later, remaining faithful to her husband. Her husband was Roland Redman who served with the SA Navy volunteers on the HMS Dorchester that your story includes. His name is included in the Role of Honour for the Dorchester.

None of the wider family have ever known what happened to him and the facts and details of his service were not known by the surviving family members either. This last Saturday evening, I was talking to my wife’s birth Dad when he recounted the scant details he had of his uncle. I went on line and found your article and shared it with him on fb. Well he was overcome by this information as well as other members of his family and now for the first time in seventy odd years the facts of Uncle Roland, his service and his sacrifice are now known and cherished by his family left behind.

As an historian, I am sure this story will be something that you can cherish as your post has made a huge difference to some wonderful people! Thank you.

This is the original post Chris is referring to which I placed on The South African Legion’s Facebook page:

The Article – The sinking of the HMS Cornwall and HMS Dorsetshire.

This is a image of the HMS Cornwall under attack just prior to her sinking, it was taken by the Japanese attack aircraft. A number of South African Navy personnel were lost with this ship whilst seconded to the Royal Navy during World War 2, as well as on the HMS Dorsetshire in the same attack.

As part of the engagement known as the Easter Sunday Raid, a wave of dive bombers led by Lieutenant Commander Egusa took off from Japanese carriers to attack Cornwall and Dorsetshire, 320 km (170 nmi; 200 mi) southwest of Ceylon, and sank the two ships.

British and Allied losses were 424 men killed; 1,122 survivors spent thirty hours in the water before being rescued by HMS Enterprise and two destroyers.

Lest we forget the trememdous sacrifice of our countrymen in this world war for liberation.