One for the football fans! Another back of the “chappie gum wrapper” did you know fact. South African military history and the 2nd Anglo Boer War specifically are forever bound in a number of terraces and stands at sports stadiums attended by hardcore fans in the United Kingdom – the most notable is “The Kop” stand at Liverpool FC’s Anfield Stadium.

Spion Kop (or Kop for short) is a colloquial name or term used for a number of sports stadium terraces and stands. Their steep nature resembles a hill near Ladysmith, South Africa, that was the scene of the Battle of Spion Kop in January 1900 during the Second Boer War.

The Battle of Spion Kop was fought about 38 km west-south-west of Ladysmith on the hilltop of Spioenkop along the Tugela River, Natal in South Africa from 23–24 January 1900. It was fought between the Boer Forces of the South African Republic and the Orange Free State on the one hand and British forces during the campaign to relieve Ladysmith. It was a British defeat.

After a tense standoff between Milner and Kruger over political and citizenship rights for the mainly British immigrant gold miners living in the Transvaal (South African) Republic. In a pre-emptive move to gain an upper hand in the negotiations, put the arrogant Milner and other British Imperial expansionist warmongers in Cape Town in their place and obtain a swift victory whilst British garrison forces were relatively weak and unsupported in Southern Africa (and whilst the Boer forces had superior fire-power, weapons technology and troop numbers) with what was hoped to be a minimum loss of life – war was declared by the Boers against the British. 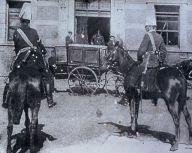 State President Paul Kruger at his inauguration in 1898

So with war officially declared on 11 October 1899 by Kruger, the Boer forces immediately went on a surprise offensive (literally the same day as declaring war) invading the two British colonies of Natal and the Cape Colony.  However the British garrison towns at Ladysmith, Mafeking and Kimberley held up the invasion and the Boer forces took to the tactic to besiege these towns, bombard them (using their famous “Long Tom” cannons and other artillery pieces) and in so literally starve them of fighting capability and pound them into a surrender.

The Victorian British political class, press (media) and public, somewhat surprised by this bold move by two small “farming” Republics invading British territory, and aghast at the starvation and bombardment of both British soldiers and British civilians alike in their  towns, then mustered the largest expeditionary force ever seen date to relieve these towns – literally to go and get them back.  However, the then world’s only real “superpower” was in for a big surprise in this first phase of the Anglo Boer War as the Boer forces initially took the upper hand and gave them a bloody nose they would never forget.

The first full attempt to relieve Ladysmith by this expeditionary force to South Africa was met with absolute disaster at Spion Kop (or Spionkop) for the British. Spion Kop (Afrikaans: Spioenkop meaning “spy hill”) is a mountain located near the town of Ladysmith, 27 km to the South West.

On the 23rd January 1900, the British climbed up the Spion kop hill at night and in dense mist. They surprised the small Boer piquet there and drove them off the kop at bayonet point. The Boer piquet retreated down the hill to their camp waking up their fellow Boers by screaming “Die Engelse is op die kop.” (The English are on the hill.). At that time a half-company of British sappers began to entrench their position on the hill with a mere 20 picks and 20 shovels (oddly – while almost 1,000 soldiers stood around idle).

As dawn broke, the British discovered that they held only the smaller and lower part of the hilltop of Spion Kop, while the Boers occupied higher ground on three sides of the British position. The British had no direct knowledge of the topography of the summit and the darkness and fog had compounded the problem. Furthermore, the British trenches were inadequate for all defensive purposes. Because the summit of the kop was mostly hard rock, the trenches were at most 40 centimetres (16 in) deep and provided an exceptionally poor defensive position – the British infantry in the trenches could not see over the crest of the plateau and the Boers were able to fire down the length of the crescent-shaped trench from the adjacent peaks.

By the end of the battle, the British suffered 243 fatalities; many were buried in the trenches where they fell. Approximately 1,250 British were either wounded or captured. The Boers suffered 335 casualties of which 68 were dead. 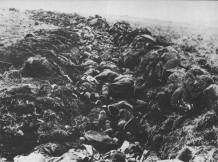 The British, unable to hold the Spion Kop hill under withering and accurate fire from the Boer forces retreated back over the Tugela, but the Boers were too exhausted from the fight to pursue and follow up their success. Once across the river the British rallied their troops and Ladysmith would be relieved four weeks later.

This first significant loss by the British in The Anglo Boer War was to be forever emblazoned on the collective British memory, and the first recorded reference to a sports terrace as “Kop” related to Woolwich Arsenal’s Manor Ground in 1904.

However, it was in Liverpool that the tradition really took hold when a local newsman likened the silhouette of fans standing on a newly raised bank of earth to soldiers standing atop the hill at the Battle of Spion Kop.

In 1906 Liverpool Echo sports editor Ernest Edwards noted of a new open-air embankment at Anfield: “This huge wall of earth has been termed ‘Spion Kop’, and no doubt this apt name will always be used in future in referring to this spot”. The use of the name was given formal recognition in 1928 upon construction of a roof. It is thought to be the first terrace officially named Spion Kop.

The Kop became the Liverpool FC home supporters’ end of Anfield Stadium and is widely dedicated to the many Liverpool-born soldiers who died at The Battle of Spion Kop. This stand became legendary in football for the atmosphere, and is still regarded as creating the most intense atmosphere in English football, with the many songs and massive volume that LFC fans create wherever they go. The capacity is 12,409.

Even the nickname sometimes given to Liverpool supporters “Kopites” derives from this home supporters end “The Kop”. 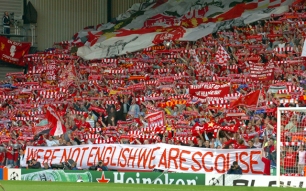 Liverpool, England – Tuesday, May 1, 2007: Liverpool fans on the Spion Kop hold up a banner reading ‘We’re not English We Are Scouse’ before the UEFA Champions League Semi-Final 2nd Leg match against Chelsea at Anfield. (Pic by Andy Teebay/Propaganda)

Many other English football clubs and some Rugby league clubs (such as Wigan’s former home Central Park) applied the same name to stands in later years.

Villa Park’s old Holte End was historically the largest of all Kop ends, closely followed by the old South Bank at Molineux, both once regularly holding crowds in excess of 30,000. However in the mid-1980s work was completed on Hillsborough’s Kop which, with a capacity of around 22,000, became the largest roofed terrace in Europe. 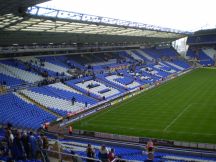 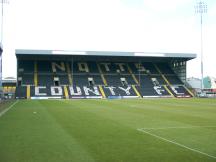 Even one for the golfers, The Wrekin Golf Club in Shropshire, founded in 1905, named its 13th hole Spion Kop in honour of the men from the region who fell in the battle. 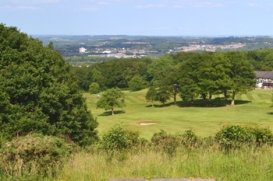 The Battle of Spion Kop was actually to shape the minds and politics of three key individuals, and in so shape the future of the world.  Involved in the Battle of Spion Kop as an Ambulance man (medic) was none other than Mahatma Ghandi, the famous Indian political reformer and spiritual leader.  Alongside him in the Battle were two other future heads of government – Winston Churchill and Louis Botha.  But that’s another story.

In part, the retribution for besieging and shelling British towns and civilians was going to come in the dehumanising approach in the way the war was conducted by the British, especially against Boer civilians in the closing phases, leading not only to atrocity but also Boer cultural annihilation. However that is also a story for another day.

Amazing how South African military history can yet deliver on some surprises, and how some very bloody and tragic events can be linked as a living memorial to the joys of watching football and singing in the stands.

Reference Wikipedia and “The Boer War” by Thomas Pakenham. Image shows the signboard and terraces at Anfield of “The Kop” and a Boer Commando with Spionkop in the background.