Did you know that the Comrades Marathon, arguably one of the toughest and the most popular ultra marathon in the world, was started by the single inspiration of one war veteran and the marathon is actually a ‘living’ war memorial? 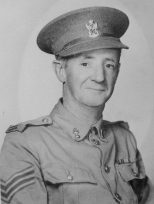 At the start of the First World War Vic Clapham signed up with the 8th South African Infantry which was sent to German East Africa (now Tanzania). During this time he marched over 2700 kilometres in pursuit of the German General Paul von Letter-Vorbeck’s Askari Battalions.

After the war ended, Clapham wanted to establish a memorial to the suffering and deaths of his comrades during the war, and their camaraderie in overcoming these hardships. He conceived of an extremely demanding race where the physical endurance of entrants could be put to the test.

Clapham asked for permission to stage a 56-mile (90 km) race between Pietermaritzburg and Durban under the name of the Comrades Marathon, and for it to become a living memorial to the spirit of the soldiers of the Great War.

He approached the ‘Comrades of the Great War’, a returning soldiers veterans association to underwrite the race.  Who would know that this simple vision of Vic’s would result in the worlds greatest ultra marathon nearly one hundred years later?

He maintained that if infantrymen, drafted into the armed forces from sedentary jobs, could endure forced marches over great distances, trained athletes could cover the distance between the two cities of Pietermaritzburg and Durban without great difficulty. Clapham, also wanted to remember those who had fallen in the war, and he felt the best way to honour this was by the ultimate testing of body and mind, and triumphing.

The gruelling 90km Comrades ultra-marathon, with 20,000 participants (only half of them finish) is now a major commercial concern but it is still regarded as a ‘living war memorial’, similar to the Red Cross War Memorial Children’s Hospital in Cape Town.  A truly inspiring legacy. 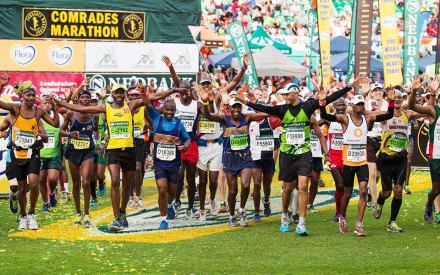 Written and researched by Peter Dickens.  With thanks to Stevo Clapham for the use of his grandfather’s image.