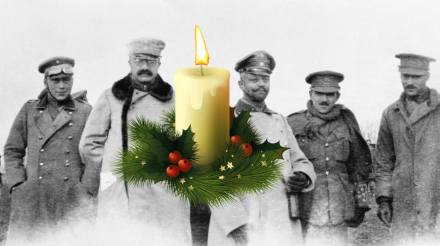 Just over 100 Years ago, on the 25th December, a remarkable Christmas Day Truce took place during World War 1. The two belligerent armies facing one another in the trenches of the western front heard Christmas carol singing in the opposing trenches and simultaneously and spontaneously approached one another for an informal and impromptu truce – a brief peace to extend a hand of goodwill and mutually enjoy Christmas together.

As this informal truce played out, the men from both opposing sides, initially very weary of one another, gradually ventured out from the safety of their defences and gathered in the middle, known as “no mans land” (or otherwise known as the killing zone).  A true Christmas miracle was beginning to unfold. 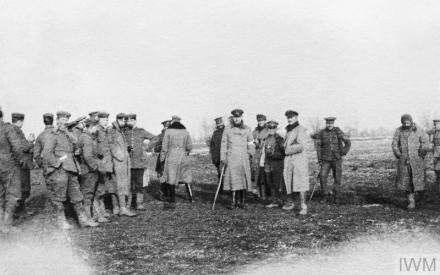 Here in the middle of what was a place of absolute slaughter they exchanged gifts and played games of football.  Items swapped as gifts included things like insignia, wine, food and chocolate, there is no record of who won the football games (not that it mattered at all), just that games all along the front were enjoyed between both sides using impromptu goal posts.

This remarkable photograph survives of the occasion British and German soldiers fraternising at Ploegsteert, Belgium, on Christmas Day 1914, front of 11th Brigade, 4th Division. London Rifle Brigade with troops of the 104th and 106th Saxon Regiments.

They all returned to their respective trenches to continue the wholesale slaughter that was the Western Front in WW1, but for a short Christmas Day, the spirit of Christmas prevailed and shone a light of hope and peace in what was most certainly the deepest hell of war.

Such is the power of the Christmas spirit and quite remarkable that the sentiment of this day – the power of goodwill and humanity to all – still prevails, and that is quite something.

Sadly things reverted to normal the next day and the carnage of World War 1 trench warfare continued, but this day stands testimony of the natural goodwill of man and the goodness of this most special day on the Christian calendar.

This commercial made in conjunction with the Royal British Legion and Sainsbury’s in 2014 captures this most wonderful moment of man’s goodwill and triumph over adversary and destruction.

Merry Christmas from The Observation Post and may we all remember the true spirit of Christmas which shone through so powerfully on this remarkable day.