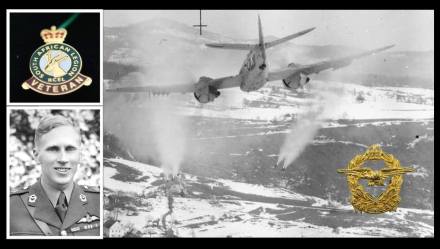 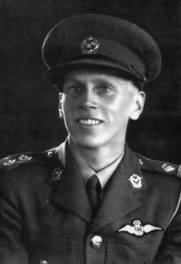 Having known Lt. Steve Stevens DFC, I remain in total awe of his generation.  I met him in Wothing in England and Steve was 96 years young bed-ridden, in pain and weak – but he was no less the man, and this famous featured image of him firing rockets from his South African Air Force (SAAF) Beaufighter during WW2 says everything about him as a fighter pilot, but he was also a devout Christian who pioneered missionary aviation, leading a rich and interesting life.  This is a little of his very remarkable story.

Steve Stevens was born on 27th August 1919 in Amesbury, Dorset. His father George was gassed in Salonica during WW1 and was sent to a special medical facility in Aberdeen for mustard gas victims, and he met and married Dora, one of the VAD’s.

Steve’s father was not expected to live past 40. However, in typical Stevens fashion George Alexander Stevens took no notice of this pronouncement and his health improved enough for him to take up a new assignment in the British Army of Occupation in Germany. The family was billeted in a huge house complete with stables, and young Steve was delighted to be placed in the care of a beautiful young fraulien. Steve adored her, and from her learned to speak German better than he could speak English.

However, George’s health deteriorated and after the family was moved around from Switzerland (where Steve became proficient in skiing, jumping and skating), Italy and Ireland on various Army assignments, on medical advice it was agreed that George Stevens’ lungs would not survive the wet European climate, it was recommended that he was to be invalided out of the army and moved to somewhere nice and warm and dry.

So it was that the family left for a life on a farm in South Africa in November 1929. George’s health improved, but Steve’s mother Dora suddenly fell ill and died of a brain tumour when Steve was only 14.

When World War 2 broke out Steve was at the Bible Institute of South Africa. With the decision to close the college for the duration, some of the students joined the Ministry, and Steve joined the South African Air Force (SAAF). Steve was convinced that the prayers offered three times a day by his father and stepmother would keep him safe during the war. Steve joined the SAAF as a trainee air photographer, but soon re-mustered as aircrew.

During the War Steve flew air strikes over Yugoslavia with SAAF 19 Squadron, based at Biferno in Italy. These strikes included the daring raid on the occupied walled town of Zuzenberk. The image of Steve firing his rockets is one of the two iconic Beaufighter images of the war. It is astonishing to realise that Steve could accurately hit a target as small as a 44 gallon fuel barrel with his rockets.  In Steve’s words;

“This photograph is widely recognised as one of the most famous Beaufighter air- strike photo of WWII. It shows my plane attacking the Nazi-held medieval walled town of Zuzenberk, Yugoslavia.  The attack by the South African Air Force resulted in the Yugoslav Partisans recapturing their town that very day.” 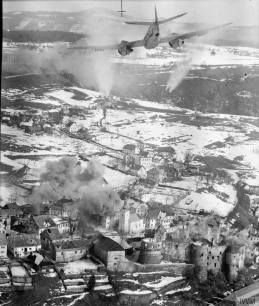 And this is the photograph, the SAAF Bristol Beaufighter TF Mark X of No. 16 Squadron South African Air Force seen in the image is been flown by Lt Steve Stevens as he releases its rocket projectiles at an enemy target in the town of Zuzemberk.

The photograph was taken by Lt. Schonveld flying just behind Lt. Stevens (SAAF 19 squadron) who’s Beaufighter is in view while attacking a target in Zuzemberk Feb 1945. Schonveld was a keen photographer and positioned his aircraft in a perfect position behind Stevens to capture this epic shot with the nose camera, but he flew a bit too close and ended with dents in his wings from spent 20mm shell cases from Steve’s aircraft.

Take the time to watch this short video interview of Steve Stevens by Tinus Le Roux, as to how this photograph was taken. It is as insightful as it is fascinating.

This photograph is historically well-known and has been published in many writings. It shows the aircraft, fired rockets and target simultaneously in a perfect balanced setting, indeed very rare.

Luckily for all of us, we get to preserve unique insight as both SAAF 16 and 19 Squadrons had unofficially mounted F.24 camera’s in the nose of their Beaufighters which took photographs during their attacks so that reconnaissance  aircraft did not have to over fly later to asses the battle damage. 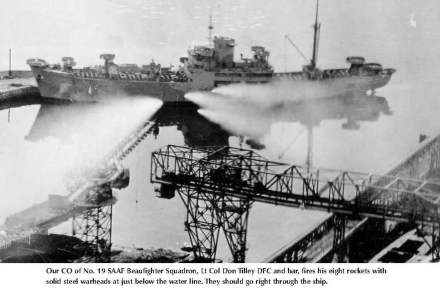 In another raid Steve also photographed Major Tilley attacking the armed German warship SS Kuckuck as Tilley’s number two. It was a desperate sortie which Steve and his fellow pilots fully expected to be a suicide mission. The rockets holed the target under the waterline. The pilots had been briefed by the Partisans that they would face the fire from 140 anti-aircraft guns. Remarkably all four planes returned safely.

Tinus Le Roux interviewed Steve Stevens to capture this attack on the SS Kuckuck, his short video is fascinating, a capture of a man and a time that is truly remarkable, take the time to watch it (many thanks to Tinus for bringing this experience to us)

Lt Steve Stevens DFC had a very remarkable life, deeply God-fearing, religion was a very central pillar in all of it.

After the war ended, in 1946, as liaison officer between the South African Air Force and the Royal Air Force in Khartoum, Sudan Steve saw how badly the Christian missionaries needed a plane, not only just to spread the word of Christ, but also to get aid (medicines, foodstuffs and equipment) to remote communities.  He joined the MAF, the ‘Mission Aviation Fellowship’ – a group of pilots dedicated to Christian missionary becoming MAF’s first operational pilot to be based in Sudan in 1950. 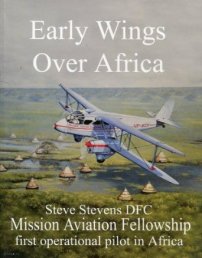 In Sudan, Steve flew a de Havilland Rapide – an eight-seater twin-engine wood and fabric covered biplane – not best suited for flying in Africa, but the best MAF could find and afford at that juncture. Over time, more and more airstrips were hacked out of jungle, bush, desert and grasslands, and Steve began to fly to other places where no planes had ever been before.

At the end of 1951, Steve experienced some problems with his vision, diagnosed as a detached retina and he lost the sight in one eye.  He was grounded , however Steve still felt that his call was still to aviation missionary work so he and his family moved to the UK. He re-established MAF’s UK HQ and worked tirelessly to raise financial, staff and prayer support for the ministry. 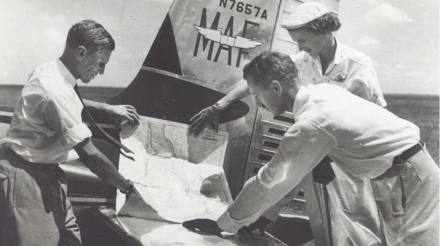 In 1970, after more than twenty years of service to the MAF cause, Steve and his wife Kay moved on to become early members of the National Festival of Light, forerunner of today’s CARE organisation. Steve later became Executive Director of Australian Festival of Light.

Steve Stevens remained a great advocate and supporter of  veterans associations, the MAF and his Christian charities and institutions, throughout his life and was active in his backing all of them until age and frailty forced him to slow down a little, but not entirely, Steve even continued to use the internet and podcasting Christian messaging from his frail care bed.  He also actively ran his own website to sell his work and outreach his messages, he became an avid author of all his adventures,  his book on his time in the war called “Beaufighter over the Balkans” is a welcome addition to anyones library.

I met Steve Stevens, when the South African Legion of Military Veterans initiated an outreach to him to see if there was anything we could do to help him as a frail care WW2 veteran in his 90’s, I was astounded when he replied that he was at peace with himself and how could he help the Legion instead.  Steve then kindly donated signed copies of his books to the Legion so that we could fundraise for other initiatives.  Cameron Kinnear and I visited him at his home in England and awarded him a lifetime honoury membership of the South African Legion, and we pinned his SA Legion ‘veterans badge’ on his lapel.

Steve passed away in June 2016 and is survived by his children – Merle, Pam, Coleen and Tim – in addition to his grandchildren.  His veterans badge was given back to the SA Legion by his family and, as means of keeping people like Steve in living memory his badge was loaned to me to wear. 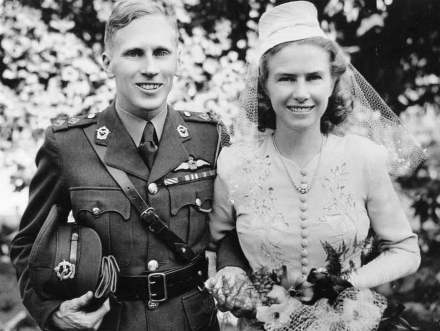 This was an extraordinary man you can easily attribute words and values which would describe him as ‘noble’, ‘selfless’, ‘adventurous’, ‘brave’, ‘humble’ and most importantly a man with a solid backbone, unwavering in his belief and demonstrating that rare value of spiritual self actualisation ‘completely at peace with himself and the world’.

This man was cut from a very different cloth to the rest of us mortals, and it is with the greatest pride that I wear his veterans badge and an even bigger privilege that I am allowed to carry his memory.