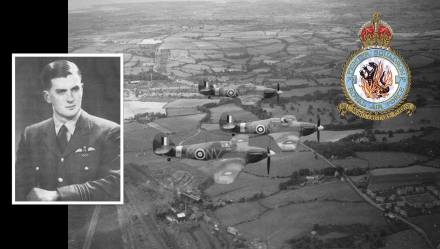 David Haysom was born in Durban, South Africa in 1917. He was educated at Durban High School (DHS) and then went on Natal University College and Edinburgh University in 1936, where he gained a BSc. He intended to continue his studies in medicine, but after enjoying a chance opportunity to fly an airplane, flying became his passion. He gave up medicine in early 1937 and enrolled as a cadet officer in the Royal Air Force. He was commissioned in late 1937 and began his initial training on 18th March 1937.

Haysome went to No. 1 RAF Depot Uxbridge on 18th May for a short induction course before being posted to 2 FTS Brize Norton on 5th June. After completing his training he joined the staff of the School of Naval Co-operation at Ford on 8th January 1938. He joined 79 Squadron at Biggin Hill on 1st November 1938.

Haysom was detached from 79 Squadron to the School of Air Navigation St. Athan on 6th May 1940 for No. 6 Short Navigation Instructors Course. He rejoined 79 Squadron on 31st May.

Near Abbeville on 8th June 1940 Haysom shot down a Me109 over Le Treport. He was appointed ‘B’ Flight Commander on 17th June with the rank of Acting Flight Lieutenant. He took temporary command of the squadron from 7th to 11th July after the CO, S/Ldr. JDC Joslin, was killed.

On 15th August Haysom claimed a Me110 shot down, on the 28th he made a forced-landing at Appledore Station, near Tenterden, when his glycol system was damaged in combat over Hythe.

On 30th August he probably destroyed a Me109, on the 31st shot down another and on 1st September damaged a Do17. Haysom shot down a Ju88 on 20th November 1940 which had been photographing damage caused in the German raid on Coventry.

On 1st April 1941 he destroyed a He111 and on the 4th he shared in damaging another. He was awarded the Distinguished Flying Cross DFC (gazetted 29th April 1941) and commanded 79 Squadron from June to 25th September 1941, when he was posted away to 51 OTU at Debden for Controller duties.

His DFC Citation:
“This officer has been engaged on operational flying since the war began. He has displayed great keenness in his efforts to seek and engage the enemy and has destroyed at least five of their aircraft.”

In mid-1942 Haysom was posted to the Middle East and he joined 260 Squadron on 19th July, possibly as a supernumerary to gain experience on Kittyhawks. Three days later he was promoted to Acting Wing Commander, to become Wing Leader 239 Wing in the Western Desert. At the end of his tour Haysom was awarded the Distinguished Service Order DSO (gazetted 16th February 1943), being then credited with at least six enemy aircraft destroyed.

“Wing Commander Haysom has been on operational flying since the commencement of the war. He has destroyed at least six enemy aircraft and has twice been shot down himself. He has led his wing on many fighter-bomber and long distance flights. He has always displayed the utmost determination. The success achieved by the wing has been largely due to this officer’s skill and courage.”

He went on to the Italian Campaign where he was working in operations command, and privy to the Ultra Secret. Here he devised the air-born strategic planning system that became known as “Rover David”  – an instant success that was used against enemy aircraft in the invasion of 1944. (Called “Rover Joe” it is still used by the United States Air Force, which acknowledges David Haysom as the originator of the air support system.

He ended the war at the rank of Group Captain (the Royal Air Force equivalent of Colonel in the Army) and was released from the RAF in 1946.

A typically unassuming hero, he never spoke to his children of his war experience, he never considered himself a hero or boasted about being an fighter ace. He died in 1979. 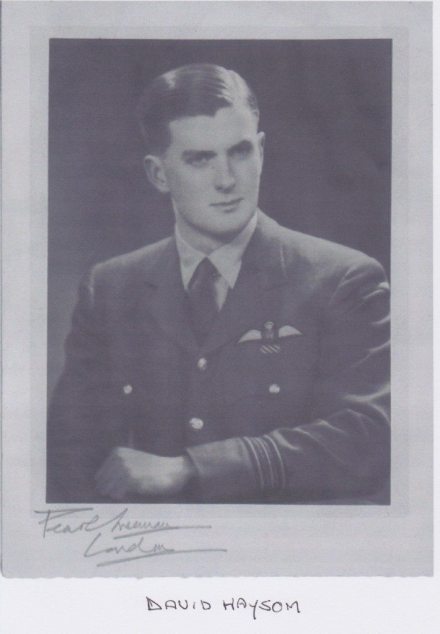