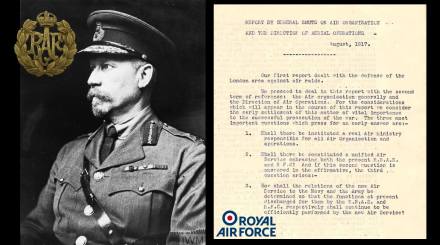 August 2017 marks the centenary of the report to form the Royal Air Force (RAF), the idea of an independent Air Force from Navy or Army control is now officially 100 years old, and one key South African statesman, General Jan Smuts, gave birth to it. 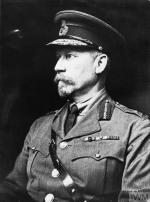 Today, if you walk into the Royal Air Force Private Club in Mayfair, London you are greeted by a bust of Jan Smuts in the foyer, it stands there as an acknowledgement to the man who founded what is now one of the most prestigious and powerful air forces in the world – The RAF.

So how did it come to be that a South African started The Royal Air Force and why the need to have a separate and independent arm of service?

Simply put, during World War 1, the British Army and the Navy developed their own air-forces in support of their own respective ground and naval operations. The Royal Flying Corps had been born out of the Air Battalion of the Royal Engineers and was under the control of the British Army. The Royal Naval Air Service was its naval equivalent and was controlled by the Admiralty. 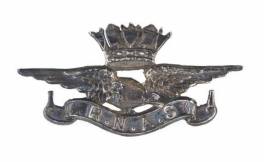 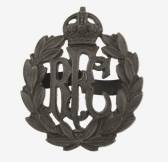 However, the use of air power in World War 1 was developing beyond the immediate tactical use of aircraft by the Navy and the Army. In Great Britain the civilian population had been on the receiving end of extensive German bombing raids dropped from flying Zeppelin airships, the public outrage and the psychological effects of this bombing was having a significant impact on British politicians.

In reaction to this, the politicians proposed the creation of a long-range bombing force both as a retaliation and also as a means of disrupting enemy war production. There were also continuing concerns about aircraft supply and priorities between the services.

Firstly to look into arrangements for Home Defence against bombing and secondly, air organisation generally and the direction of aerial operations.  Smuts is generally accredited with improving British air defence and answering the first priority. 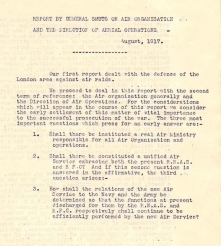 However it was ‘Smuts report’ of August 1917 in response to the second of these questions that led to the recommendation to establish a separate Air Service. In making his recommendations Smuts commented that

“the day may not be far off when aerial operations with their devastation of enemy lands and destruction of industrial and populous centres on a vast scale may become the principal operations of war, to which the older forms of military and naval operations may become secondary and subordinate”.

Given this new dimension he commented that it was important that the design of aircraft and engines for such operations should be settled in accordance with the policy which would direct their future strategic employment. On these grounds he argued there was an urgent need to create an Air Ministry and that this Ministry should sort out the amalgamation of the two air services.

The War Cabinet accepted this recommendation to amalgamate the two separate air forces under one single and independent Air Force.  Smuts was then asked to lead an Air Organisation Committee to put it into effect. The Air Force Bill received Royal assent from the King on the 29 November 1917, which gave the newly formatted Air Force the prefix of ‘Royal’ (up to that point the idea was to call it the ‘Imperial Air Force’). 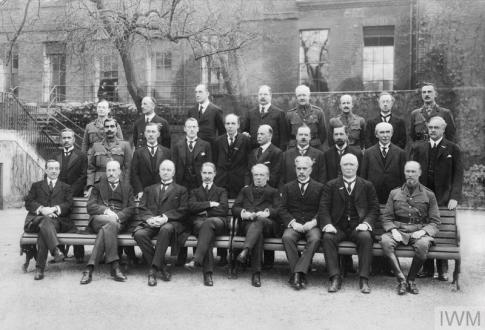 The RAF was officially formed on the 1 April 1918 with the amalgamation of the Royal Naval Air Service and  the Royal Flying Corps. Following which Lord Rothermere was appointed on 3 January 1918 as the first Secretary of State for Air and an Air Council established.

To emphasise the merger of both army and naval aviation in the new service, to appease the ‘senior service’ i.e. the Navy, many of the titles of officers were deliberately chosen to be of a naval character, such as Flight Lieutenant, Wing Commodore, Group Captain and Air Commodore. 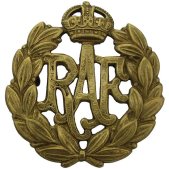 The newly created Royal Air Force was the most powerful air force in the world on its creation, with over 20,000 aircraft and over 300,000 personnel (including the Women’s Royal Air Force). It now qualifies as the oldest independent Air Force in the World.

General Smuts was to take his recommendations and findings across to form an independent South African Air Force (SAAF).  Smuts appointed Colonel Pierre van Ryneveld as the Director Air Services (DAS) with effect from 1 February 1920 with instructions to establish an air force for the South African Union. This date is acknowledged as marking the official birth of the SAAF.  The SAAF now qualifies as the second oldest independent Air Force in the world. 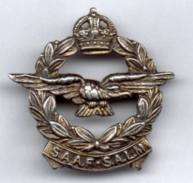 In a nutshell, both the RAF and SAAF as we know them today, were given to us by Jan Smuts as a founding father.  Funnily, Smuts was often criticised domestically as ‘Slim’ Jannie (clever little Jan), a term Smuts hated as it was coined by the Hertzog Nationalists to mean that Jan Smuts was too clever for his ‘volk’ (peoples) and therefore out of touch, it was done for political expediency at Smuts’ personal expense.  Smuts disliked the term as it as it ironically belittled the Afrikaner and positioned his people as ‘simpletons’, something Smuts fundamentally disagreed with, and something they most certainly are not.

That said, domestically Smuts’ political adversaries in the opposition National Party carried on with this belittling ‘Slim Jannie’ nickname to further criticise his ability to command at a strategic level, stating that his approach was too ‘intellectual’ for effective command.

All modern military strategy is formulated on joint arms of service with an independent air arm. You only have to look to any modern military construct of any military superpower today to see just what a visionary and strategist Jan Smuts was. The proof of his ability to command strategically is in the pudding.  Smuts’ ground-breaking report in August 1917 now guides all modern strategic military planning by simple way of how the arms of service are now constructed (Army, Navy, Air Force i.e. ground, sea, air), how they co-ordinate with one another and how they are commanded.

7 thoughts on “Centenary of the ‘Smuts Report’, the instrument which gave birth to the Royal Air Force”