During the Second World War, South African Navy personnel – known at the time as the “South African Naval Forces” (SANF) were seconded to serve on ships in the Royal Navy. This is a story of one such ship in His Majesty’s service the HMS Barham, she was a 31,100 ton, Queen Elizabeth-class, Battleship of the Royal Navy and she was sunk during the Second World War by a German submarine off the coast of Egypt.

Prior to this HMS Barham visited Durban, South Africa, in June 1941 for extensive repairs at the Victoria Graving Dock. The repairs where due to damage sustained in the Crete bombing. She sailed from Durban on the 31st July 1941 with a number of South African naval force members seconded to the Royal Navy on board.

On the 25th November 1941, HMS Barham forms part of “Force K” hunting for Italian convoys to North Africa, she was supported by the British Mediterranean Fleet along with battleships HMS Queen Elizabeth and HMS Valiant. On the same day, German submarine U-331 was on her 3rd patrol of the Mediterranean along the coast of Egypt, north of Sidi Barrani, U-331 when she came within range of the HMS Barham.

The commander of U-331, Kptlt. Von Tiesenhausen fired a spread of 4 torpedoes towards the group, 3 of which hit HMS Barham’s port side causing it to list heavily and spread fire towards the ammunition storages. Only 2 and a half minutes passed from the torpedo impact until the ship rolled onto its side and capsized as the aft magazine exploded in an almighty explosion, instantly killing 862 out of the roughly 1260 man complement. U-331 took a terrible beating from Barham’s defending destroyers but managed to slip away and return safely on 21th of February 1942 to Salamis, Greece.

Recorded on film by one of the resue vessels, HMS Barham’s calamitous end is often used in documentaries, and nothing drives home the peril of serving on a fighting ship harder than this newsreel footage, it is simply jaw dropping.

This video is made even more poignant for us as South Africans if you consider we are witnessing the loss of the following South African naval personnel in this tragedy.

“We were now off Sollum, Q.E. ahead flying Admiral Cunningham’s flag, then Barham, with Valiant astern. It was about 1625 hours when a loud explosion came from somewhere aft, on the port side; then came two more, all in the space of seconds.

Men came scrambling on to the upper decks, getting from below decks as quickly as they could. It was only then that I realised Barham was going over quite quickly on her port side and that we’d been torpedoed, at least three times. We must have been at a 45 degrees angle now with water lapping over the port side. It was of course useless jumping off the port side there being the danger of being sucked back into the ship by water that must be rushing it. The only thing to do was to get up on the starboard side, the only way of doing it now being to drag oneself up on ones stomach. I managed it after a struggle and sat high up in the air together with quite a few more chaps, wondering “what now!”

Then I heard someone say “what the hell are you waiting for, get into the bloody water”, or words to that effect it was Vice-Admiral Pridham Wippell; at once we started to slide down the side of Barham into the sea.

I must have been a few hundred yards astern of Barham when there was a terrific roar and she blew sky high, men, guns, all sorts flying through the air; a great wave, it seemed like a mile high, came rushing towards us, struggling and floundering in the swell. I remember thinking to myself, this is the end; then the wave crashed down on us. I felt myself rammed down then whirled round and round like a cork.

I held my breath for what seemed an eternity then started to strike out wildly, trying to surface.

My heard seemed to be bursting and I thought, “I must breathe, I must breathe”. I opened my mouth fully expecting to swallow water, but it was air. I’d been thinking I was still under the water, it was so dark, but the reason was the thick smoke and fumes low over the water”.

Although over 800 men are lost with her, a remarkable number are saved. Just before this tragedy, Force K has sunk two more Axis supply ships west of Crete. At this stage 60 percent of Axis North African supplies (German and Italian) are being lost to attacks by British aircraft, submarines and warships.

On returning to Salamis after sinking HMS Barham, U-331’s commander, Freiherr Hans-Diedrich von Tiesenhausen, was promptly promoted to Kapitanleutnant and awarded the Knight’s Cross of the Iron Cross.  U-331 enjoyed successes on a number of more patrols, but on her 10th patrol in the Mediterranean, on the 17th November 1942, her luck ran out when the main hatch was damaged by an attacking RAF Hudson, which preventing it from diving.   It was then finished off by Fairy Albacore torpedo bombers and Grumman Martlets from the aircraft carrier – HMS Formidable. Of her crew 32 were killed and 17 survived, including her commander. 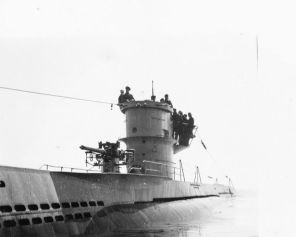 As South Africans it is very important we keep track of this part of South African naval history.   Much effort and time is spent by the SANDF on the SS Mendi, and rightly so given it was obscured from the national consciousness for so long, but so too has the history of South African naval sacrifice in World War 2, especially those serving in the Royal Navy – their sacrifice has also been completely obscured from history.  Ironically by the same Nationalists who obscured the SS Mendi, choosing political expediency to promote white Afrikaner nationalism ahead of what they regarded as ‘traitors’ serving the crown in World War 1 and 2.

It is time that the full scope of South African service in both The Royal Navy and The South African Navy during WW2 is known, and if this article goes a little way to opening that consciousness so much the better. 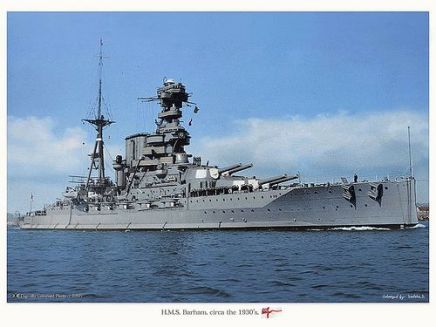