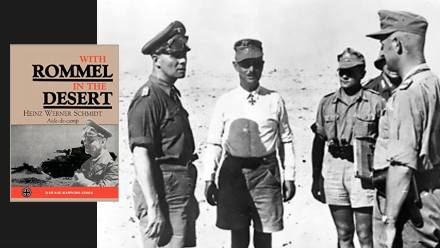 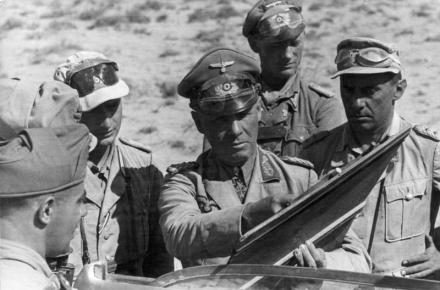 However there are only three South African nationals from the Union itself (that we are aware of at least) who up-front joined the German Armed Forces proper.  Two of them were allowed to re-settle in South Africa after the war, and both of them enjoyed amnesty and prosperity under the National Party government. One remained in Germany.

One is well-known – Robey Leibbrandt, his story as a Nazi insurgent to destabilise the South African war effort by trying to ramp up Nationalist Afrikaner militarist opposition to the war and subsequent capture is well documented, so too his treason trial and subsequent release and amnesty by the National Party (who during the war supported the Nazi cause).  However little is known of this second Wehrmacht officer – Heinz Werner Schmidt.

To be fair to Heinz Schmidt, he was born in South Africa to German parents, and at a very young age he moved around Africa with his family, classified as ‘volkdeutsche’ spending more of his formative years and completing his university education in Germany itself, becoming a dual national with a German citizenship in addition to his South African one.  Leaving South Africa at the age of 4 he regarded himself as German above all and was swept up with the rest of the country in the euphoria of Nazism.  When war broke out, he was in a unique position – he had a choice.  He could choose to fighting for either South Africa and the Allied cause or Germany (as his dual citizenship allowed), he even had the choice of sitting the war out in South Africa (service was voluntary), he chose to his convictions to support the Nazi cause and became a German Army officer.

At one point in the war he found himself in command of Wehrmacht units directly engaging South African Army units and then, more ironically, with Europe and Germany devastated he engaged his South African birthright which gave him sanctuary in South Africa itself after the war.   In fact he built two very successful South African companies and one is a well-known household brand.

So lets examine who Heinz Schmidt was and what he did. Born in South Africa, Lieutenant Heinz Schmidt served in North Africa as Erwin Rommel’s (“The Desert Fox”) personal aid and advisor – an aide-de-camp in military speak.  As he was “South African-born” he was therefore considered, in line with military logic, an expert on Africa. Already a veteran of the Polish Campaign, Schmidt joined Rommel’s staff in March 1941 from Eritrea and was subsequently present during a number of battles in Egypt and later Tunisia, and was later to write a bestseller depicting his years with Rommel, namely “With Rommel in the Desert”.

Heinz Schmidt with General Rommel – Schmidt is third from the left.

Werner Schmidt by his own admission was surprised that General Rommel took him on as his advisor as he really did not have a depth knowledge of Africa, however been the only officer in Rommel’s inner circle of officers with a smattering of African heritage he found himself the only man for the job, and he happily took it on.

Lieutenant Heinz Werner Schmidt also had a sound combat record, just days before he was appointed as the aide-de-camp to General Erwin Rommel, he was commanding a heavy weapons company.  In fact Schmidt played a key role in overrunning the South African positions on 23rd November 1941 during the Battle of Sidi Rezegh.  He found himself in the thick of things with the German Wehrmacht’s 115 Rifle Regiment which lined up to attack the South African’s flank and over ran them.

“We headed straight for the enemy tanks. I glanced back. Behind me was a fan of our vehicles—a curious assortment of all types—spread out as far as the eye could see. There were armoured troop carriers, cars of various kinds, caterpillars hauling mobile guns, heavy trucks with infantry, and motorized anti-aircraft units. Thus we roared on towards the enemy ‘barricade.’

“I stared at the front fascinated. Right ahead was the erect figure of the Colonel commanding the regiment. On the left close by and slightly to the rear of him was the Major’s car. Tank shells were whizzing through the air. The defenders (editors note: the South African Brigade) were firing from every muzzle of their 25-pounders and their little 2-pounder anti-tank guns. We raced on at a suicidal pace.”

So, here we have a very unique instance in South African military history a ‘South African’ commanding enemy troops in direct combat against his ‘countrymen’.  In an action which devastated South African forces in defeat with the loss of many South African lives.

Lieutenant Heinz Werner Schmidt went on to have a very successful stint as Rommel’s advisor for the balance of the North African campaign, and his book on Rommel is regarded as one the most insightful works on Field Marshal Rommel.

What happened to Heinz Schmidt and in what actions he took part after the North African campaign is unclear, we know that he lived with Rommel and was even present at his 50th birthday on 15 November 1941. Heinz ended his book with the end of the African campaign – it was about Rommel after all, he did not elaborate on his movements and units in which he served, what his units did or on which front he served (Eastern, Western or Italian) after the Afrika Korps was defeated, and even after Rommel death.

What is clear is that Heinz Schmidt survived the war and like many Wehrmacht officers sought sanctuary outside wore torn Germany.  Fortunately for Heinz the very Nazi sympathetic National Party came to power in South Africa in 1948, three short years after the end of World War 2.  Heinz now chose to embrace his South African citizenship and return to his birthplace, South Africa to re-start his life.

He moved to a small German community in Natal called ‘New Germany’, located just inland from Durban.  ‘New Germany’ was established well before World War 2 in 1848 by a party of 183 German immigrants.  With the strong cultural ties to Germany, German social clubs and many German compatriots, this island of German heritage in South Africa proved ideal for Heinz Schmidt to start again, and he did so with great success.

He started two companies which are now household brands in South Africa, Pineware and Gedore tools, Pineware makes household appliances under its own brand, anyone who has bought a Pineware toaster, iron or electrical appliance will know it.  Gedore tools makes the Wera line of tools.  Pineware was sold to Lion Match.

By all accounts he was a friendly and charming man, he had many humorous stories of his time with Rommel and was regularly seen at Remembrance Parades in Durban. Heinz Schmidt died in Durban after a short illness, aged 90, in 2007. At the time his holding company business, H. W. Schmidt Industrials, was family owned.

There you have it, another tale of a person highly sympathetic to the Nazi cause who found success in post 1948 Nationalist South Africa.  He unfortunately (rightly or wrongly) joins Robey Leibbrand, B.J. Vorster and others who enjoyed political or business success in full sanctuary under the National Party government and as a result he was never held account or even investigated as to his actions fighting against his own countrymen.

Had this happened under Smuts’ United Party he would surely have become a ‘person of interest’ to the state, especially given his actions directly led to South African deaths.  Treason is generally legally defined as citizen ‘taking up arms’ against the country of his of citizenship.  In the case of dual citizenship (as was the case with Heinz Schmidt), if the person did not renounce his citizenship of the country he went to war against (which he did not) the usual practice during and after the war was to convict the person of treason, in the other Allied nations – especially the UK, USA and Australia many people like Heinz faced the same situation after the war, especially in the cases where their dual nationals and even nationals had joined the Waffen SS and German Wehrmacht, most received very light sentences and fines, in exceptional cases those found guilty of High Treason were executed or handed life sentences.

This however did not happen in South Africa after the war and the tenets of the law on treason for a dual national were not tested.  The only case of a South African member of the German Wehrmacht which was tested was Robey Liebbrandt, it was during the war itself, and he narrowly escaped the death sentence (Jan Smuts intervened with clemency).

The North African campaign was regarded as the ‘gentlemen’s war’ by all forces fighting it, primarily because it was fought according to the conventions.  Whether Heinz would have been simply regarded defeated Wehrmacht officer at the end of the war holding a dual nationality, had no recored of war crime and had not violated his South African citizenship rights. And then subsequently allowed to get on with his life in South Africa as a simple veteran is a matter of conjecture – we will never know as it was never challenged.

The issue of treachery aside, his book is however a sentinel work on Field Marshal Erwin Rommel – the ‘Desert Fox’ and it gives a unique and valuable historic insight into someone who is arguably regarded as one of the best military commanders of the war. Heinz Schmidt lived with and went to war with Rommel, his story is both very interesting and very unique.

To give an idea of the value his book from an insight perspective, the famous Rommel quotable quote as to using captured ‘booty’ (enemy equipment) for personal use is thanks to Schmidt’s work. Rommel, whose signature British issue goggles often worn above his visor on his cap said “Booty is permissible I assume; even for a general“. A quote which now finds itself in use in military outfits the world over when reasoning the use of ‘booty’.

With that, as South Africans we find ourselves contributing again to a rich military heritage with our own very unique history highlighting of our lessor known past of ‘Nazi’ collaborators and World War 2 Wehrmacht veterans.

Sidi Rezegh; Sidi Rezegh – “The South African sacrifice resulted in the turning point of the battle”

Fall of Tobruk; “Defeat is one thing; Disgrace is another!” South Africa’s biggest capitulation of arms – Tobruk

Written and researched by Peter Dickens.  Reference ‘With Rommel in the Desert’ by Heinz Werner Schmidt and Werner Schmidt’s published obituary.