In the company of one of extremely brave men of the 1st South African Infantry Brigade, tasked with holding a wood ‘against all odds’ in what was the ‘fire hell battle on the Somme’ – the Battle of Delville Wood, it is quite something to stand out as the “bravest of the brave”.

William Faulds, a young man who won a Victoria Cross, the highest award for gallantry, at Delville Wood is quite literally a case of a normal young South African placed in an extraordinary circumstance, only to emerge with that “X” factor which sets him apart, and that’s quite something considering everyone around him can in their own right can take the mantle of the ‘bravest of the brave’, such was the nature of the battle.

To put his action into context, the South Africans holding Delville Wood on the Somme in 1916 were shelled by the Germans at a rate of 500 rounds per minute, into their positions which occupied a small wood only a square kilometer in size.  In inadequate trenches (the wood’s roots prevented digging them deeply enough), when shelling stopped long enough they were faced with German Imperial troop attacks of such ferocity that the bayonet and hand to hand fighting became the only means to survive.

When the South Africans were relieved on 20th July 1916, just 5 days after entering the wood, of the 1,500 South African infantry men initially sent in, there were only 142 survivors still holding the wood.

So what does this young man, who had worked at Midland Motor Garage in Craddock and who had only just turned 21, have to make him react differently in the midst of universal gallantry and carnage on an epic level?  Here is his story:

Young William ‘Mannie” Faulds from Craddock, together with his brother, Paisley and some school chums joined up with the South African forces to fight during World War One.  Arthur Schooling (his best friend), and William both enlisted together and went everywhere together. Together they even fought under the command of General Louis Botha during the South West African Campaign and then again in Egypt, before the two of them shipped out to fight in the Battle of the Somme in France.

During the Battle of Delville Wood (part of the Somme Campaign), on 16th July 1916, Arthur Schooling was shot dead in no-man’s land (the ‘killing zone’ between the South African and German lines), leaving a very distraught and shocked William Faulds feeling utterly helpless.  On the same day, 16th July, Lt. Arthur Craig (1st Battalion Bravo Company) was also shot and lay wounded close to the body of Arthur Schooling in the killing zone (no-man’s land).

Pte. William Faulds dug deep to find the bravery for this, and along with Pte. Clifford Baker and Pte. Alexander Estment, all three took matters into their own hands to rescue their officer. In broad daylight at 10:30am, they climbed out from behind the relative safety of the defences and crawled to their severely wounded Lieutenant, then they ‘piggy-backed’ him back to safety.  Pte. Baker was badly wounded in the attempt. Lt. Craig survived thanks to these three brave ‘Springboks’ and recovered his wounds later in the Richmond Hospital, London.

William Faulds and Alexander Estment returned to their positions in the wood and continued fighting in what can only be described as combat in the extreme.  The initial act of gallantry alone was quite something, but there was still more in young Faulds, and it’s here that we start to see ‘X’ factor that makes a Victoria Cross recipient different from the rest.

Because just two short days later, he was faced with exactly the same situation again – a critically wounded comrade in no-man’s land, but this time William Faulds was alone, and once again he put his life on the line, exposed himself by leaving the relative safety of the trenches (such as it was) and entered no-man’s land (the ‘killing zone’) under intense incoming artillery fire, to rescue another yet another of his comrades and alone carried him from certain death, for nearly half a mile, to a medical station.

His citation for his Victoria Cross says everything:

“For most conspicuous bravery and devotion to duty. A bombing party under Lieut. Craig attempted to rush across 40 yards of ground which lay between the British and enemy trenches. Coming under very heavy rifle and machine gun fire the officer and the majority of the party were killed or wounded. Unable to move, Lieut. Craig lay midway between the two lines of trench, the ground being quite open. In full daylight Pte. Faulds, accompanied by two other men, climbed over the parapet, ran out, and picked up the officer, and carried him back, one man being severely wounded in so doing.

Two days later, Private Faulds again showed most conspicuous bravery in going out alone to bring in a wounded man, and carrying him nearly half a mile to a dressing station, subsequently rejoining his platoon. The artillery fire was at the time so intense that stretcher-bearers and others considered that any attempt to bring in the wounded man meant certain death. This risk Private Faulds faced unflinchingly, and his bravery was crowned with success (London Gazette 9 September 1916)”.

With that, William Faulds became the first South African born recipient of the Victoria Cross (VC) during World War 1.  It was this extra rescue, the repetition of bravery in the extreme which set him apart from his two comrades involved in the first rescue of Lt. Craig, no doubt equally extraordinary – both Clifford Baker and Alexander Estment were awarded the Military Medal (MM) for bravery.

William Faulds continued to fight, and again showed bravery and leadership in the extreme, and was later awarded the Military Cross (MC), a lessor award to the Victoria Cross, but no less important. He received it for leading men during German attacks at Heudecourt, enabling rest of Battalion to withdraw with only slight losses.

His second citation for the Military Cross says everything and reads:

“In the retirement from the line east of Hendicourt, 22 March 1918, he was commanding one of the platoons which formed the rear-guard. He handled his men most ably, and exposed himself freely. Though the enemy pressed hard, he, by his fearless and able leadership, checked them, and enabled the remainder of the battalion to withdraw with slight loss”. 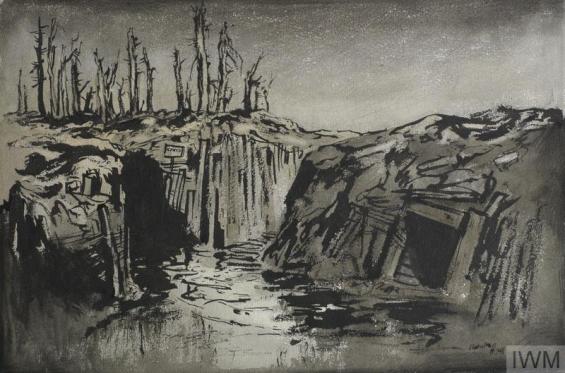 He was eventually wounded and captured by the German Forces on 24th March 1918 at the Battle of Marrieres Wood. He was released as a prisoner-of-war after the Armistice on 11 November 1918 and returned to South Africa.

On his return he was promoted to a Lieutenant and took up a civilian job as a mechanic with De Beers Diamond Mine. In 1922 he re-enlisted with the Kimberley Regiment and was made a Captain. Later he moved to Rhodesia (now Zimbabwe) and in 1937 he was member of Southern Rhodesia contingent at the King’s Coronation.

Not without a sense of humour, when his daughter was born he expressed the wish of having her named Victoria Faulds (falls).  His wife objected strongly to what would have stacked up to become potential ridicule for the young girl and she was christened “Joy” instead.

William Faulds died on the 16th August 1950 in Salisbury (now Harare) and is buried in the Salisbury Pioneer Cemetery.  His Victoria Cross was held by the Museum of Military History in Saxonwold, South Africa, and such is the nature of our disregard for national heroes and treasures, it was stolen from the museum in October 1994.

References: The VC and the GC, The Complete History, published by Methuen and The VC and GC Association in 2013. Three of South Africa’s WW1 Delville Wood heroes – by Miss Joan Abrahams.

The painting is an artist`s impression of the action at Deville Wood for which William Faulds was awarded the Victoria Cross. From the book “Deeds that thrill the Empire” Vol 5. Insert Artwork: Men in the Trenches, near Hendicourt by Adrian Hill, Imperial War Museum copyright